!! DISCLAIMER !! This site may contain Amazon & other affiliate links.
This means if you click on one of the product recommendation links, this site may receive a small commission. This is at no extra cost to you and may include exclusive discounts when possible. This helps support this site and allows us to keep making content like this. Thank you for your support!

Movies To Watch On Father’s Day

We’ve found some classic movies to watch on Father’s Day about dads and their families just in time for the special holiday, so you’ve got even more reason to kick back, enjoy some popcorn, and watch a good movie with your dad.

Bond with dad on his special day by watching a film he’s sure to love.

Dad movies are usually about portraying funny, relatable, and occasionally sad stories about dads who care for their kids.

They’re also a great way to pass the time with your children on weekends and celebrating Father’s Day.

The Pursuit of Happyness

Watching this with your dad will make you more aware of all he’s done for you. This heartwarming drama follows a struggling single father who attempts to take care of his child despite working an unpaid internship and being evicted from his apartment.

Does anyone play the role of father better than Steve Martin? This comedy nails the anxiety of parenting in public—and how we must accept our parents’ faults to face our own. Watch with your father and tell him you accept his apology.

Fact meets fiction in this Tim Burton film as Will Bloom gets closer to the end of his father’s life. He winds his way back through his dad’s over-the-top tales to discover the truth only to realize the myth and the real him have less in common than he thought.

The highs and lows of growing up are shown through the eyes of a child and his parents as they experience important milestones. Prepare for an emotional roller coaster when watching this coming-of-age drama, which was filmed with the same cast over the course of a decade.

You’ll be inspired while watching this movie to reflect on your adolescence with the person who helped you all throughout your life.

This is ideal for any sports-loving dad. Denzel Washington plays a father trying to rebuild his relationship with his son, a top-ranked basketball player, after spending six years in prison.

If he succeeds in convincing his son to play for the governor’s alma mater, he will be given a greatly reduced prison sentence.

Have you been feeling nostalgic for all of those catch games you played with your dad? Here is a heartwarming story of an Iowa farmer whose vision of creating a baseball diamond in his cornfield connects him with the memory of his estranged father.

Father of the Bride

The father reluctantly accepts the fact that his daughter is getting married and is spending more time with her fiancé than with her father, leading to an explosive argument. This film should not be missed because it’s a must-see for any father-daughter pair.

Many fathers like watching movies that are rated as comedies because enjoy a good laugh.

Three Men and a Baby

A group of unmarried gents is forced to look after an abandoned baby after arriving home to their Manhattan apartment to find him left behind. What starts as a panic and a feeling of insecurity soon turns into love and devotion.

In this hilarious comedy, Mark Wahlberg’s tough-guy biological father faces off in a competition to find out who really deserves to receive the title of father of the year.

When a father (Robin Williams) finally gets divorced from his wife he creates a rather wild scheme to spend time with his children. With makeup and a costume, he transforms himself into an elderly woman to pass for a nanny.

It goes smoothly until they are both invited to a family dinner, putting his secret in danger. This throwback will make both of you smile.

The idea that a father could stay at home and raise his children may not raise eyebrows nowadays, however, it was a completely new concept when this comedy (written by John Hughes) hit the scene in 1983.

After Jack (Michael Keaton) loses his engineering job, his wife Caroline (Teri Garr) returns to her career, which forces him to take up full-time responsibility for his children as well as adjust to the world with his extended family.

Some dads like to watch classic movies because they’re classics that can be funny, light-hearted, or sad. For some dads, the memories of watching these classic movies as a child make them feel good and reminisce about their past.

Your dad will probably enjoy watching this classic with you. Considered one of the best films ever, this drama explores the troubles involved in working in a family environment, especially one connected to the Mafia. Put on some snacks, watch, and enjoy.

The father of a young clownfish goes 1,500 miles to find Nemo, proving a parent would do whatever it takes to provide for his child.

To Kill a Mockingbird

One of the greatest stories of the 20th century, this movie has one of Gregory Peck’s best performances. Atticus Finch is a small-town lawyer in Great Depression-era Alabama.

Peck’s character attempts to teach his children about racism and prejudice.

Chevy Chase’s Clark Griswold may not win any awards for his vacation planning skills, but funny movies like this show just prove that good dads win! This family road trip is as entertaining today as it was back in 1983.

An elderly man learns two shocking facts about his father after his mother dies, including the fact that his father is gay and has been diagnosed with terminal cancer.

They navigate their new life together as a father-son duo and grow closer because of it.

Whether you’re looking for a father-focused plot or an action-packed thriller or horror film that he’ll love, check out these best movies about dads to watch on Father’s Day.

A powerful story of love between a father and his daughter echoes throughout Matthew McConaughey and Jessica Chastain’s dystopian space adventure.

This surprising story of a former X-Men member Logan aka Wolverine who becomes a reluctant father to Laura, a recently discovered daughter who is a by-product of Logan’s clone.

The movie has the action and adventure you’d expect of a film based on comic books but what you won’t expect is the unexpected heartwarming story of a family.

Here we have another thriller about a father who would not stop at anything to protect his child. Listen for the moment Liam Neeson’s super-spy dad says; ” I will look for you, I will find you, and I will kill you.”

Indiana Jones and the Last Crusade

You need a crowd-pleaser on any list, and this one ticks everything off Action! Adventure! Sean Connery! Nazis who get what they deserve!

After Indiana Jones’ medievalist father goes missing while searching for the Holy Grail, he must retrace his steps in order to locate him and stop the Nazis from getting a hold of it first.

This Father’s Day, make sure you spend time with the man who raised you and sacrificed so much for you. Watch a comedy or action movie, or one dedicated to fathers. They will be touching and fun to watch with your dad on his special day.

If you want to make Father’s Day extra special, read our article about Father’s Day Messages And Tributes Your Dad Will Cherish

1. Why do we watch movies on Father’s Day?

Watching movies together is a chance for both parents and kids to bond. Especially choosing films that share common family themes means the opportunity to explore issues of fatherhood, motherhood, and even family.

You can also check out our article about Top Mother’s Day Movies.

2. What is a good movie to watch with your dad?

One of the best movies to watch on Father’s Day is “The Sandlot”. If you haven’t seen it, we highly recommend it. The Sandlot is about a group of friends that reunite to go on a mission to find a missing ball. It’s about playing, growing, and learning – especially from their fathers.

3. Are there any animated movies for dads with good family values?

Here are some animated films your dad might enjoy:

Beauty And The Beast

This loving father, Maurice, is misunderstood by his village mates, who call him a ‘crazy old loon.’ He’s quirky and humorous but he’ll do anything to keep Belle safe. It’s hard not to like his goofy adorable self.

Mufasa is one of the best dads in Disney’s catalog. In The Lion King, his short time gives us so many teachable moments, from how to treat living creatures with respect to how to be brave without being reckless.

Bob Parr is the quintessential superhero dad. Although he lost himself a bit along the way, he is ultimately a great father who realizes that his best adventure is his family.

We can all relate to that. The sequel will show him as a stay-at-home dad. Wouldn’t that be interesting to watch?

Gru is an evil villain who mistakenly adopts three girls for one of his schemes. Instead of falling for their sweet simplicity, he ends up becoming the best dad ever.

Throughout the series, we see Gru grow as a father and work to protect his family.

Dads are the best. Seeing Gru at his teenage daughter’s birthday party and protecting her from falling in love with an outstanding bad boy is so #dadgoals. 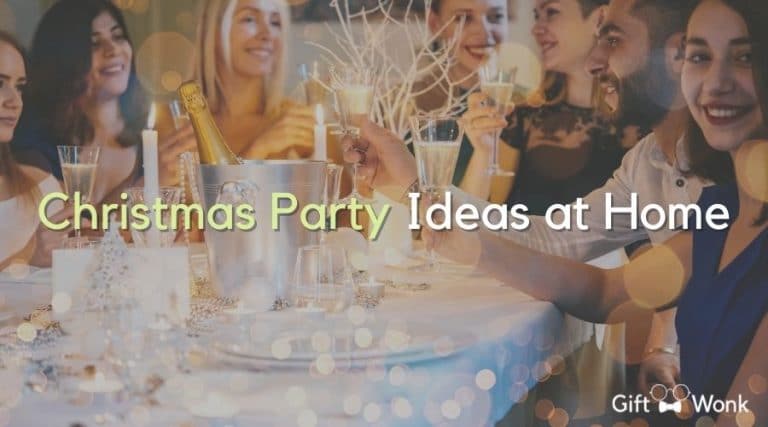 Throwing a successful Christmas party at home is easy as long as you plan ahead. Keep your guests entertained throughout the evening with these Christmas party ideas and tips from your friends here at GiftWonk! 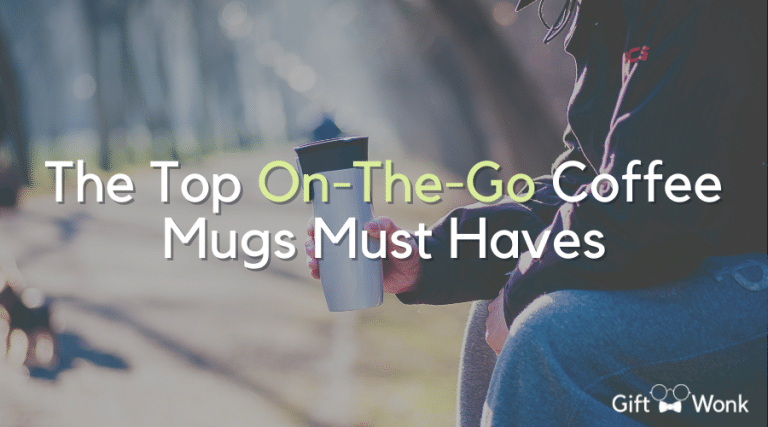 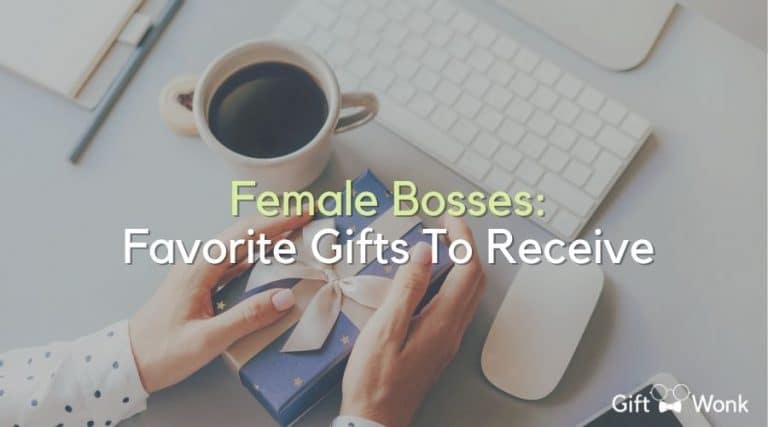 Female Bosses: Favorite Gifts To Receive Giving gifts to bosses, especially on their birthdays and special holidays (like Boss Day), can not only elevate your… 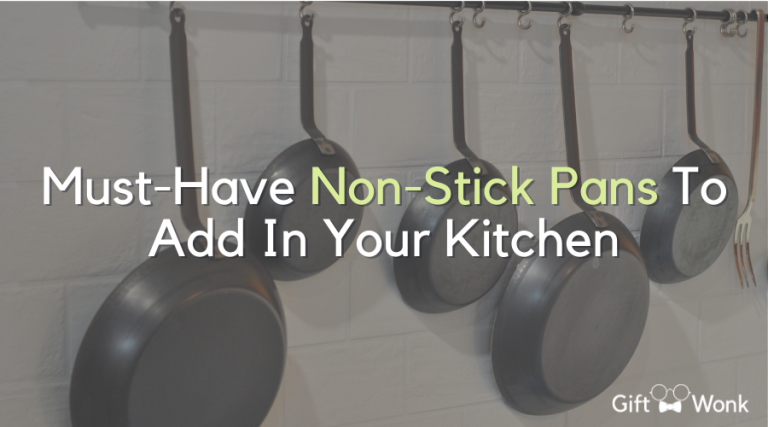 Must-Have Non-Stick Pans To Add In Your Kitchen About Non-stick Pans The non-stick pan is the preferred choice for most people with fast food. The… 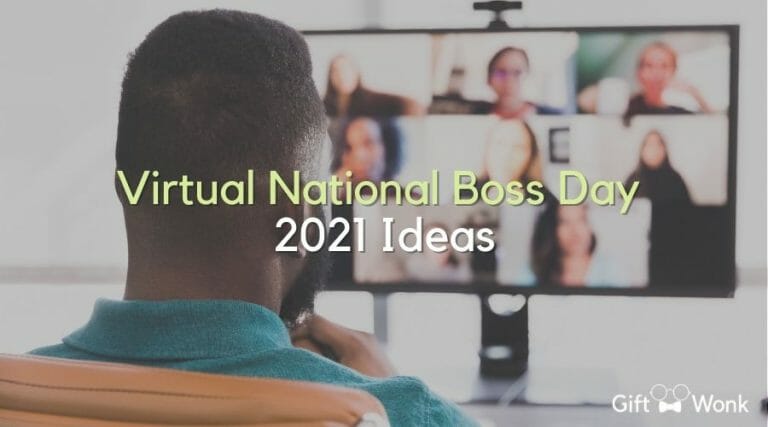 Virtual National Boss Day Ideas You’ve come to the right place for the best Boss Day gifts and ideas! The 16th of October is National… 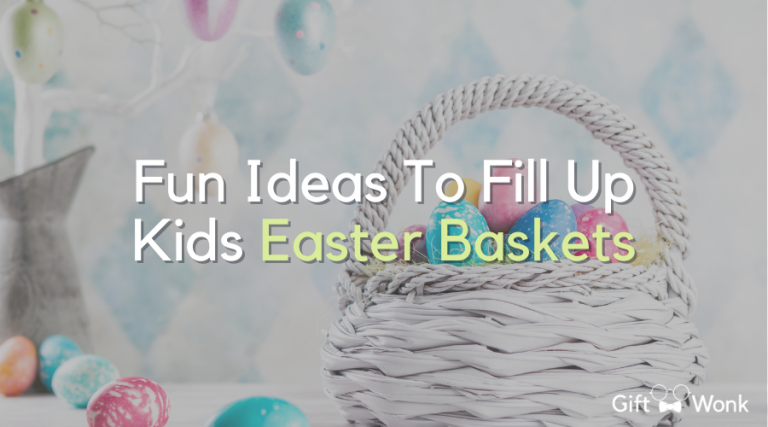 Fun Ideas To Fill Up Kid’s Easter Baskets What are you planning to fill up your kids Easter baskets with this year? If you have…